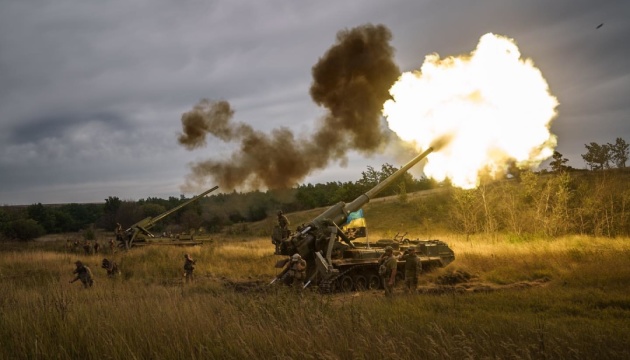 For many in the West, the Ukraine war has now become an afterthought with blue and yellow yard signs fading in the sun or blown away in the wind. However, the war continues to grind on in what has become the largest and longest conventional war in recent decades. According to the Ukrainian Ministry of Defense, Russian Federation troops have lost over 50,000 killed in action (KIA). While this number may not be accurate, if the actual body count is even half what the Ukrainians claim, it is devastating. Add to that approximately three wounded for every KIA and the total number of Russian casualties could exceed six figures, making it one of the deadliest conflicts of the 21st Century. One of the most interesting aspects of the conflict are the real time reports and footage from the front lines. Soldiers from both sides have made and posted videos to various social media sites. The General Staff of the Ukrainian Armed Forces posts daily videos made by various frontline units to its YouTube channel. Additionally, the Ukrainian State Security Service continues to publish intercepted communications of Russian troops. Although the Ukrainians have made some headway with recent offensives, a review of the latest reports reveals the ruthlessness and naked barbarity of a war with no end in sight.

Last month Ukrainian forces launched a much publicized counter offensive in the direction of Kherson, a key city on the Dnipro River just north of Crimea. The initial stages of the operation included artillery, rocket, and air strikes on Russian supply depots, command and control centers, and bridges. On August 29, Ukrainian forces reportedly breached the first line of Russian defenses. Two Russian frontline regiments allegedly fled the battlefield, including an elite air assault unit composed of professional contract soldiers. In response the Russian commanders pulled units from areas in northern Ukraine, including a 1,300 strong regiment composed of the much vaunted Chechen Kadyrov fighters. It now appears that the Ukrainian operations in the south at Kherson, along with the media hype, was a rouse designed to siphon off Russian forces from the actual main effort – what the Russians would call Maskirovka. This left the Russian front at Kharkiv in the north weak and ripe for the pickings. Over the last few days, the Ukrainians have re-taken approximately 1,000 square kilometers of territory including the key rail junction at Kupyansk and the city of Izyum. This has left thousands of Russian troops in the area between the two cities trapped with the Oskil River at their back and no bridges over which to retreat to the east. The Russian forces in Ukraine depend heavily on rail transport for resupply. The capture of Kupyansk will further stress Russian logistics.

Reports from the Warfront

The following are selected media and communications excerpts from the last several weeks.

Some reports include graphic images and/or video taken in combat and may be upsetting to some viewers.

Izyum Area – In this audio a Russian soldier describes being on the receiving end of the recent Ukrainian offensive. He tells about how the Ukrainians hit them with rockets (he uses Russian acronym GRAD) destroying a base and fuel depot along with many vehicles. He is now retreating on foot to Izyum. Other vehicles pass his unit, but nobody stops to offer them a ride. The soldier says many units are now mixed up and that everything is on fire and chaotic due to continuous enemy fire. His wife complains that the Ukrainians have more specialized equipment because they receive it from “everywhere.” Based on the call, it would appear panic has set in among some Russian troops.

The video below shows action in the Kharkiv region. Soldier raise the Ukrainian flag over a liberated town. Video of serviceable Russian tanks and armor, weaponry, and munitions abandoned in their retreat. Aerial imagery of drone and artillery strikes on Russian troops.

Video of Ukrainian troops in liberated city and other combat operations, including artillery and tank fire. Aftermath of Russian strike on Kharkiv. Video of meeting between Volodymir Zelensky and U.S. Secretary of State Anthony Blinken.

Kharkiv Region – A soldier describes being under constant artillery and rocket fire at the front line. He tells his friend that it was a “slaughter,” the “hardest, scariest” for him since he arrived in Ukraine. Starting at 5:00 AM Ukrainians began to shell his unit in the forest where they were hiding with rockets (GRAD). It became a “nightmare” a “real disaster.” He says he barely made it out alive and hid in a shelter with other troops. When they emerged, they came under fire again and retreated. The Ukrainians “followed” them with their fire as they fell back. He complains about Ukrainian counter-battery fire. Explosions can be heard in the background of the call.

Unspecified Location in Ukraine – The video below contains audio from three different conversations between Russian servicemen in Ukraine and friends or family members discussing ways to injure themselves so that they can be evacuated from the front. In the first call a soldier’s mother tells him about how his grandfather feigned mental illness to get out of Afghanistan. “Go to the medics and say, ‘I have a severe headache, there’s pressure in my ears, I hear voices talking to me, I wake up at night’ and pull your helmet down over your eyes.” In the second call a soldier’s friend tells him to get drunk, take a dive off the top of a tank, and break his arm. In the last call two Russian soldiers talk about how professional contract soldiers from the 39th Motorized Rifle Brigade intentionally shot each other in the buttocks. That however did not work, medics patched them up and sent them back to their unit commander to explain themselves.

Video of various combat operations (artillery fire and drone strikes), including the use of American made 155mm artillery. Video of training exercise.

Unspecified Location in Ukraine – A conscript from the eastern Ukraine province of Donetsk shared his fears of the Ukrainian armed forces with his parents. Artillery can be heard thundering in the background of the call and the young soldier tells his parents that tanks are firing. In the call, the soldier tells his mother that the Ukrainians are fearless and the best army in the world. The woman acts with disbelief and says she has seen the scared Ukrainian prisoners of war on the internet, and they do not look intimidating. In response the soldier asks his mother if she has “seen the losses,” to which she replies that they are not told about losses. “They tell you fairy tales” says the young man to his mother and goes on to say that even when they advance it is only with “very heavy losses, very very heavy losses.” He goes on to tell his father that the Ukrainians tore up one of their regiments and that “battalions fall.” Over the last several weeks it has been reported that multiple Russian Battalion Tactical Groups (BTGs) in Ukraine have been rendered combat ineffective and withdrawn to Russia where they are combining mauled BTGs to form all new units while recruiting new all-volunteer units that include men up to sixty years of age.

Unspecified Location in Ukraine – In this video the Ukrainian State Security Service has meshed the audio of a young Russian conscript talking with his mother with actual video of the attack recorded by the Ukrainians. He tells her about how a group of fifteen soldiers were killed when a drone struck the tank where they were gathered. As he tells this you can see in the video the drone dropping multiple munitions that detonate on and around the tank. The soldier explains that they were gathered there watching a movie at night when the bomb hit. The young man, obviously distraught, goes on to tell his mother that the following day they gathered the “bones” of those killed.

Kharkiv Region – In the audio video below a Russian soldier tells how his unit has been stuck in the same village for a month now, pinned down by Ukrainian troops. He says that forward movement draws fire from Ukrainian forces entrenched in “well equipped strongholds.” Ukrainian tanks appear quickly, fire, and then withdraw. Ukrainian artillery creates panic among Russian troops who are reluctant to advance. The soldier says that his unit has lost all its heavy weapons such as mortars.

Unspecified Location in Ukraine – A Russian soldier expresses his frustration the Ukrainians are deploying advanced weaponry and surveillance systems against them. In the audio the soldier tells his wife that the Ukrainians “sit drinking coffee and lob shells at them by pushing buttons” causing he and his comrades to constantly run for cover. His wife suggests that they shoot back with tanks, to which the soldier replies that the enemy fires at them from three to four kilometers away and they cannot be located by the Russians. It would appear that this is a reference to Ukrainian forces targeting Russian troops with advanced weapons systems such as the American-made M142 High Mobility Artillery Rocket System (HIMARS) or German-made MARS-II Multiple Launch Rocket System (MLRS). The weapon systems are highly mobile, making them difficult to locate, and can strike targets miles away with precision.